Why web apps are the future

This short article is intended to share some of my thoughts on the future of the web.

It’s obvious that the web has had a revolutionary influence on the way we connect to our information. Without going over a long history of the web’s evolution, let’s see what the web provides us with today.

The web provides an OS independent way of interacting with web applications that seamlessly integrate with cloud storage. Developing an application for the web means developing for anyone with access to the web and browser of their choice. Instead of developing an application for Windows, OS X, and Linux, developing for the web allows users on all of these operating systems to communicate with one version of the app in an interface all devices understand, the browser. This is huge because it pushes more technology and implementation dependencies to the developer, thus allowing quality of user experience to be managed in one place. This results in a browser consumable output for the user to interact with. No native stateful application installs provide convenience and a better way for applications to ease up on device resources.

Modern web applications provide us with user experience that’s beginning to rival, if not beat, that of traditional native desktop applications. Web apps are pushing the limits of what can be done in the browser. Thus, turning it into an application platform for sophisticated web apps that provide a tactile UI feedback parallel to that of a native application. This is due in part to new standards including HTML5, modern front-end frameworks, web components, and single page applications, to name just a few.

#Functionality rivaling that of native applications

Not only can we access web applications with a competitive user experience more universally than ever, but the applications are getting very functional. Sophisticated ways of presenting complex information to a user via single page web applications are no doubt changing the way we think about productivity in the web. In fact, I happen to be writing the draft of this post in Google Docs. We need not tie ourselves down with OS and device specific implementations of applications that essentially all provide the same functionality! We are at the point where we can take a ton of our work/productivity and push it to web applications.

#Easing into the web

Luckily, the web is not forcing us to do anything cold turkey. The myriad of accessibility the web provides does not, in any way, mean we are done with desktop computers. It simply means that the web is influencing the way we interact with them. Just look at some of the key strategies that Google has made to promote the web on our computers. 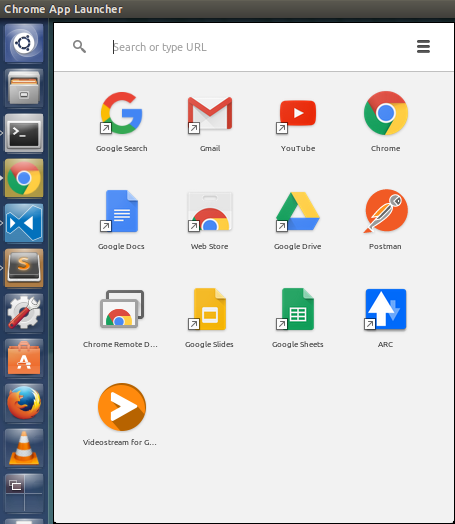 The incredible thing is, these are all developed using the same technologies as regular modern web apps. Just take a look at the hello world sample Chrome App! In fact, any existing web application can be made into a Chrome App with just a few additions. Chrome Apps can also be extended with certain native modules, providing unprecedented access to the filesystem and other hardware features such as Bluetooth. 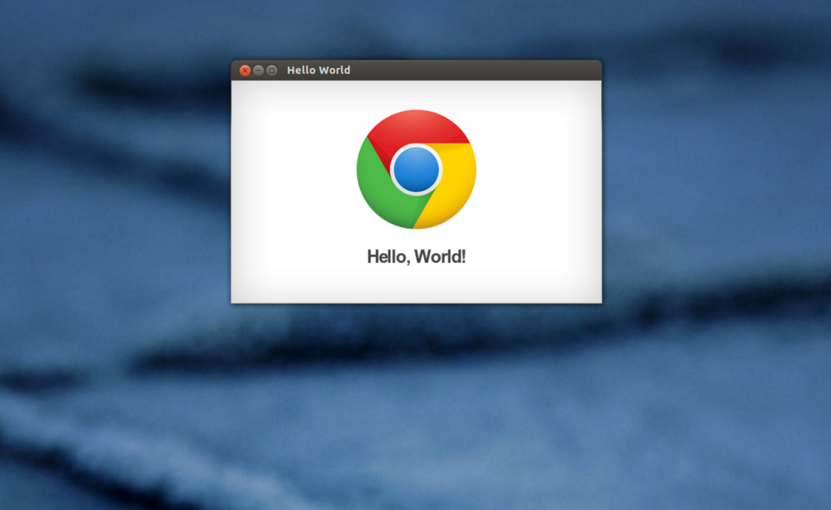 One step further is the Chromebook, which is aimed to do all of the aforementioned to an even stronger degree.

#What are we missing?

So, we can get insanely good features and integration with web applications on our desktops, but what are we missing in the mobile world? From ‘mobile sites’ spawned responsive versions of sophisticated web apps, however, we’re not at the point yet where web applications on a mobile browser feel quite as good and snappy as native mobile apps. We were at this point with desktops too, believe it or not. Just as we’ve begun to overcome that, we are making great strides in the mobile world. Here are a couple things we’re doing to provide better web app accessibility and integration on mobile devices:

Check out @HenrikJoreteg’s tweet below discussing some big web wins: 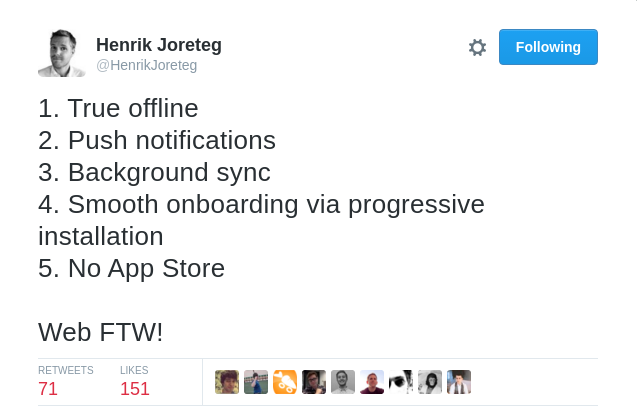 In short, progressive web applications and modern front-end frameworks are delivering huge user experience improvements in the form of native feeling web applications available to any platform. This, my friends, is changing the world.

#Where is this all going?

I picture a world where nearly every device acts as a portal to our webapp-centric lives. Similarly to the concept of Chrome Web Apps, I think we’ll begin to see universal support for more native ways that web apps can interface with our devices. Is it too crazy to say that one day mobile apps as we know them will become obsolete? In the long term, I think not. I don’t believe current native applications can compete, in the long run, with the light weight flexibility that progressive web apps will give us on any device.

Instead, I see technologies like the ionic framework as a step in the right direction. I think where we’re at right now is the infancy of web app integration in ALL of our devices. One day, we’ll achieve a state where web applications are about as integrated into our devices as they are in something like a Chromebook. This will definitely allow us to make devices much cheaper, as performance intensive tasks will be done in the cloud and then rendered on our devices.